Nathaniel is starting to become more and more interactive (Well, today is a nap day… seriously the kid has been asleep like all day EVEN after a good night’s sleep!).  Above you can see him interacting with me as well as his play gym!  I love when he talks to me =) 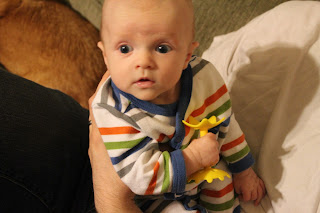 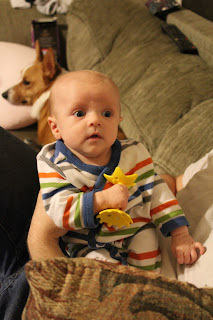 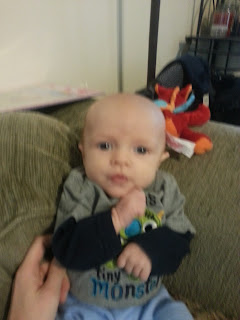 Challenges
Most of the challenges are still more “my” challenges.  Week 10 was a heavy nursing period, full of lots of cluster feedings.  I haven’t really had anytime to do much more than feed the baby on the couch.  The good news about this is that I have watched a lot of TV and beat Bioshock Infinite (and a good dent into Ni No Kuni).  The bad news is that it makes me nervous that he isn’t ready to be away from me yet for 10 hours a day.  I know I know.  He’ll be fine.  His first day at daycare maybe hard, and only a week away =(, but he will adapt faster than I will.  But I just worry.  We’ve been introducing bottles again since he will have to have pumped milk at daycare.  He still only seems to like the Medela bottoms and certain Avent bottles (was testing bottles to decide what type I’d be buying for more than 5oz newborn bottles).  However, he is pretty much refusing formula so I have to make sure that my milk supply stays up while working.  This is very scary for me.  I have been pretty much EBF since 4 weeks now (2oz formula maybe once a week mainly just to keep him use to the bottle).
I just hope that he gets plenty of attention at daycare and that he isn’t too fussy.  He’s not a very fussy baby, but a lot of that is due to nursing (even if he isn’t hungry, he is happy to be on the boob).  I was hoping to get him to take a pacifier for self soothing… but he also refuses those.
8 Week Wellness Check
I never posted how this went.  It actually ended up being more of a 9 week wellness check instead of 8 weeks, but whatever.  Nathaniel weighed in well (though still only at 5% unless you base him on the preemie scale (he’s borderline)).  He only got 4 shots, however, he was not happy AT all.  However, after the whole tongue tie thing, I was able to handle it just fine.  It was only seconds before he was able to get some nursies =)
Tweet